I bought a Raspberry Pi 4 with 8GB of RAM and I wanted to try out UEFI on it. I’m happy to say it works and this excites me!

I don’t yet have any OS configured on the USB thumb drive but that’s next. Apparently I’ll need a rather recent Linux kernel (>=v5.7 I believe) in order for all the ACPI things to work enough to be usable (due to past Raspberry Pi support all leveraging device tree).

The only changes I made in the UEFI config menus were to enable the UART as the default console instead of the HDMI outputs and to unblock the 3GB memory limit, since my Raspberry Pi 4 has 8GB of RAM and I want to try using it.

My next steps will be to use debos (GitHub - go-debos/debos: Debian OS builder) to build a full Debian disk image including the UEFI. Then I hope to setup the EDKII development environment and build that myself, too.

Being able to use UEFI and ACPI on ARM is not new to me (it’s part of my day-job), but being able to use it on a low cost off the shelf board so that I can learn more should be fun.

Neat! I’ve not used UEFI on ARM yet. What advantages does EFI bring over the classical u-boot (or whatever bootloader) + kernel approach?

What advantages does EFI bring over the classical u-boot (or whatever bootloader) + kernel approach?

The main advantage is you don’t need to doink around with bootloaders. Using UEFI and ACPI makes an ARM board behave just like an x86 desktop or server. You can just take an off the shelf RHEL, Debian, or Ubuntu installer and it’ll just work. UEFI also enables a single disk image to be bootable across many different systems, as long as the kernel has drivers for all those things (distro kernels usually have a tremendous number of modules enabled for this use-case). You don’t need a device tree for each board you want to boot on, ACPI takes care of that as there’s actually a spec and interface format that doesn’t change (unlike device tree).

I’d argue that for a typical embedded product development flow, UEFI and ACPI don’t bring anything to the table over u-boot and device tree. But for things which the customer will treat like a server or desktop, it’s by and far the right way to go, if for no other reason than that’s how everything else does it and people know how to use it.

Unfortunately, the way the Raspberry Pi 4 UEFI works, you have to still stick a bunch of files into the ESP (EFI System Partition) which allow the ROM to properly fetch and execute the UEFI. So the disk itself has to have support for the Raspberry Pi, which is not normal. On a typical UEFI system the ROM support and UEFI itself would live on a separate SPI flash so you can blow away your disk or boot with no disk and still have your UEFI. So the Raspberry Pi UEFI method still has some drawbacks as compared to a normal server or desktop.

Putting the bootloader in SPI flash makes a lot of sense I think for about any system. Then you could have a consistent experience in bootstrapping a system, rather than messing around with every fussy SOC ROM bootloader, special host tools, SD card formats, etc. A SPI flash device is very low cost, so why not …

I noticed when my Quickemu machines boot, they are using TianoCore, which appears to be a UEFI implementation. 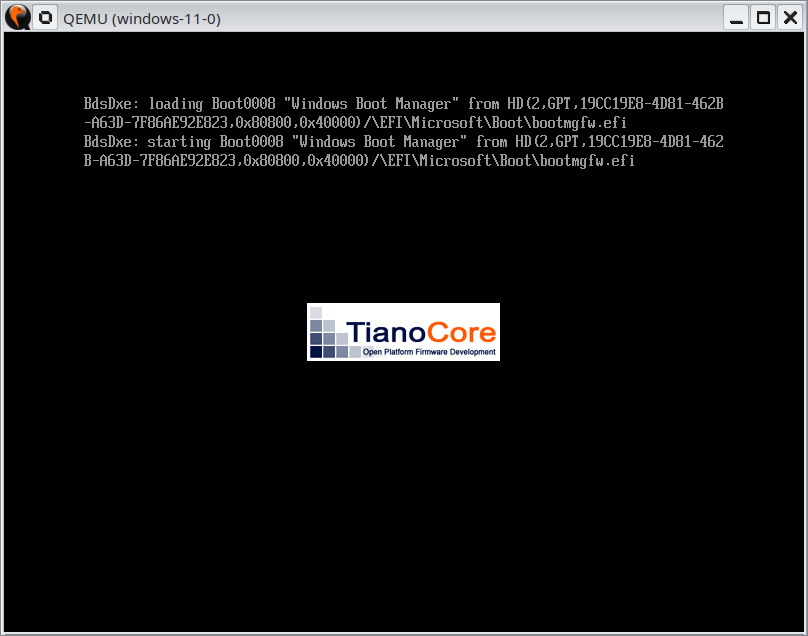 This readme has a list of platforms tianocore EDK supports: 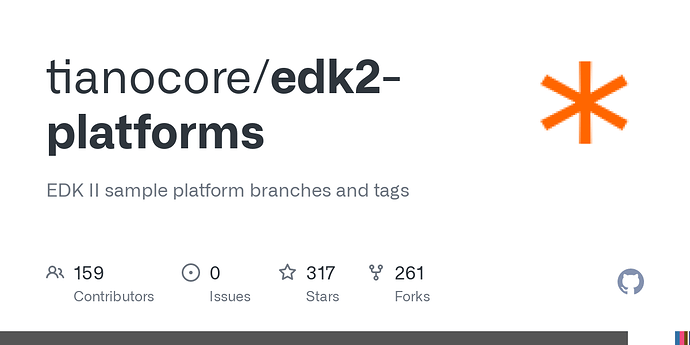 Seems to be mostly high-end devices – not many embedded CPUs I’m familiar with using like TI AMxxxx, or NXP i.MX.

@bradfa Looks a interesting experience, how is the support for multimedia applications (display, video drivers)?

Looks a interesting experience, how is the support for multimedia applications (display, video drivers)?

I’m not really sure, sorry. I’ve read that it’s getting better but I expect it won’t work as well as running real Raspbian (or what ever it’s called now).

My use-case for my Raspberry pi is satisfied with a UART console, Ethernet, and USB. I don’t connect the HDMI outputs to anything unless I absolutely have to. My main use case is just to have a quiet armv8 board for Debian packaging work (day-job has loud (for a small office) armv8 boards I support).

Noticed some EFI stuff in u-boot when booting recent Yoe images on the BBB: