PostgreSQL vs Redis vs Memcached performance 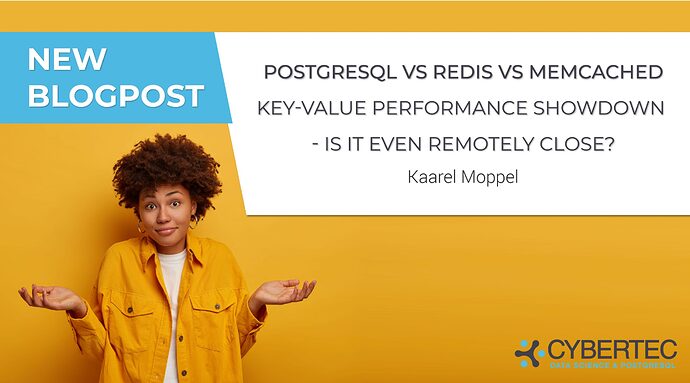 PostgreSQL vs Redis vs Memcached: How would it look on the performance side, if one just skips the cache & hit the database directly?

Having implemented a simple caching layer in SIOT, DB performance is starting to get my attention. The Genji embedded database I’m using is very convenient (as it is pure Go and easy to build for different platforms), but it also seems fairly slow compared to other technologies, so I’ll probably eventually need at least an option for something else on the server/cloud side. Genji is probably good enough for many edge cases as we are often not handling a lot of data there. As the data model gets simpler, I think it will be feasible at some point to support multiple database engines.

Having observed the PostreSQL project from the sidelines for a number of years, it appears to be a very stable and healthy OSS project, and perhaps a good example to follow.