I decided to give Home Assistant a try to see what can be learned from it, and perhaps use it for some home automation tasks. Home Assistant (referred to as HA in this thread) seems to be one of the more popular open home automation platforms with 100’s of integrations. The rPI3, 64-bit image was downloaded and installed. When booting up, there UART console is not enabled, so I had to plug in a HDMI display to watch progress. It took a long time to boot, and it appears HA is started in a docker container.

After I got mDNS working on my workstations, I was able to load the web UI and saw the following: 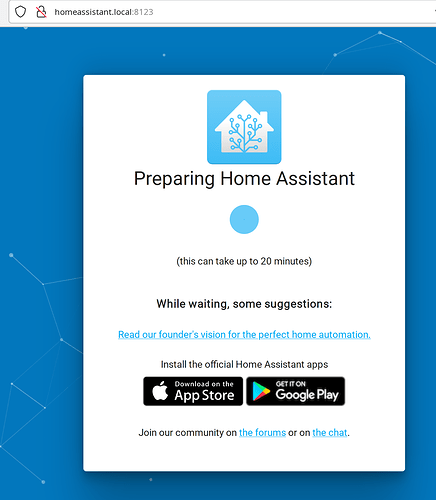 Stay tuned for the next installment …

Going through the setup screens, and noticed Home Assistant found all my Shelly devices … yay mDNS! 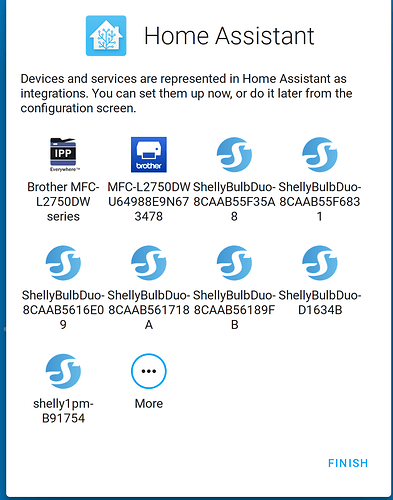 Shelly light bulb controls (brightness and temperature) work out of the box: 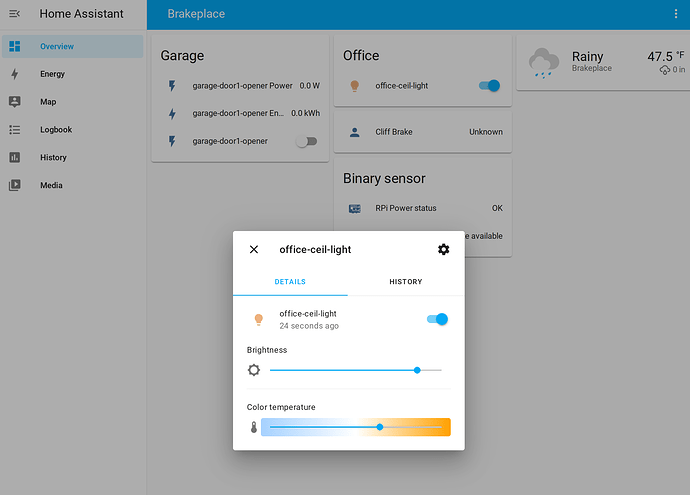 Installed the Android app, and it automatically found my home assistant instance running on a rPI without me needing to enter the IP address – likely more mDNS magic in action … 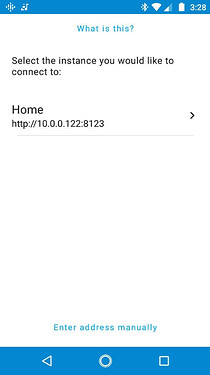